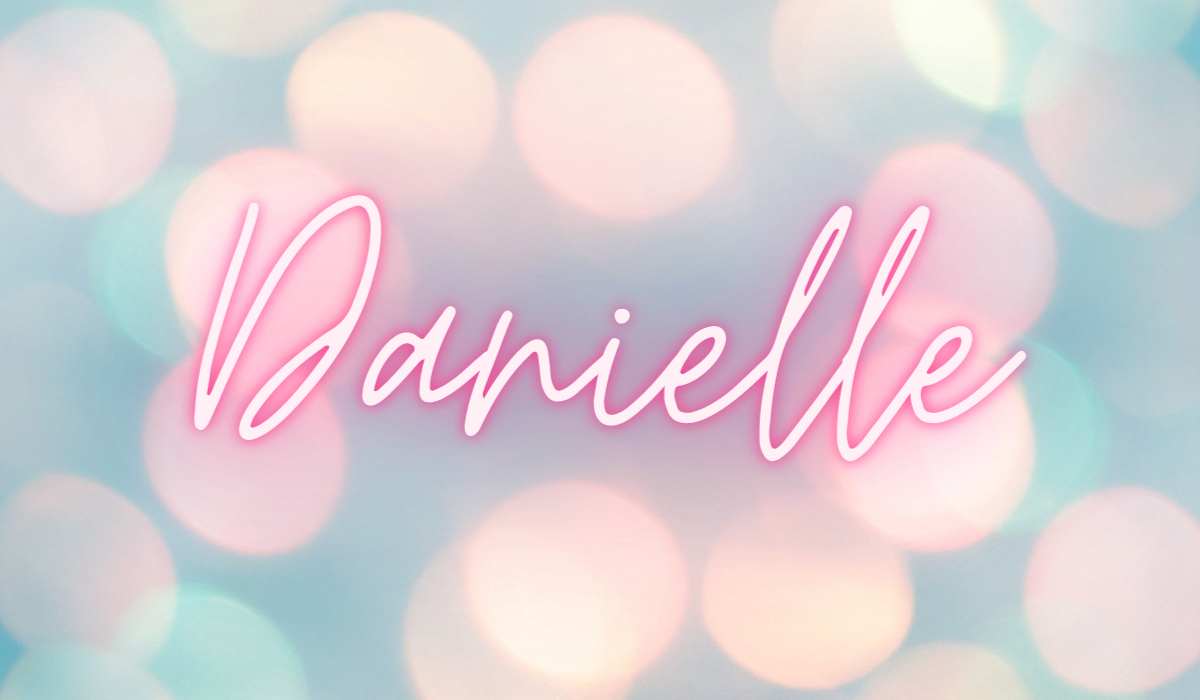 Danielle is a popular girls’ name with a lot of history behind it. It’s the female variant of the name Daniel. Translated from Hebrew, it means “God is my judge.”

It is a common first name, but a lot of people use it for a middle name. The name Danielle has been popular for generations and has a lot of staying power compared to many other names.

Picking a name is serious business. Parents want a name for their children that means something, but also something aesthetically pleasing.

There are, of course, many names to choose from, and a lot of people spend a great deal of time planning and choosing with input from friends and family.

If you’re thinking about naming someone Danielle, or you have a friend or relative named Danielle and you want to know more about them, here are 13 cool facts about the name.

As usual, there is a lot to uncover when it comes to names, and sharing some facts with someone you know named Danielle can be a lot of fun! Let’s take a look.

During those decades it ranked consistently in the top 20 female names, and parents regarded Danielle as a stylish name that evoked refinement and class.

There are a lot of famous Danielles out there, but perhaps none more famous than the author Danielle Steele.

She’s a prolific writer whose books can be found anywhere online or in your local bookstores.

Even though Danielle isn’t as hot as it once was, it’s still a popular name.

Right now, it sits somewhere in the top 500 names in the US, which is quite an impressive run.

Because of its Hebrew roots and meaning, religious people love the name Danielle.

They choose it in hopes that the person receiving the name remembers to focus on God and to not pay attention too much to the opinions of other people.

You read that right. If you’re any type of music fan, you know the impact Elvis had on Western culture.

His granddaughter, Danielle Riley Keough is an American actress and model.

Fact 6 – Danielle Is Used a lot in Pop Culture

Plenty of show and movie characters are named Danielle. You’ve got Danielle Rousseau on ‘Lost’ and Danielle Van de Kamp in ‘Desperate Housewives’ to name a couple.

OK, so we know that Danielle is still a fairly popular name and that it had an incredible run years ago. But how many people got the name?

Fact 8 – The Name Has a High Favorability Rating

People like the name Danielle. On one naming website, 89% of people approved of the name. Results show an overwhelming positivity tied to the name.

People like the sound of the name, and it sounds a bit fancy.

Danielle is popular here in the States, but it’s also common in France and several other countries.

There’s something awesome about hearing common names here pronounced with a different accent.

Dani, or Danny, is a terrific nickname for people named Danielle. It rolls off the tongue easily and is perfect for young kids, close friends, or people who want to save some time.

Danielle can also be spelled “Daniele” with just one L. It’s rarer than the two-L version, but you’ll run into people with different spelling variations of Danielle all of the time.

Fact 12 – Danielle Is Popular in Germany and Italy

We’ve already mentioned France, but did you know that Danielle is still a very popular name in Germany and Italy? Spanish countries also have a variation in the form of ‘Daniela.”

Fact 13 – Some People Assign Personality Traits to the Name

Did you know that there is a whole group of people out there who believe that names carry deep and significant meaning?

They believe that your name will mold your personality or that your parents or whoever named you were led to give you a specific name. This may be too much for some people, but taking a look can be some fun.

What’s In a Name?

A lot of people pay close attention to naming trends when they’re having kids. People may like a certain name but perhaps won’t want to name their boy or girl something that’s too popular.

Running into five other ‘Michaels’ in first-grade class takes a bit of the shine off of a name, no?

That’s why Danielle may be such a great choice for a girl name. It’s still relatively popular, but the numbers of people named Danielle are way lower than they were around 20 years ago.

It may be ready to make an epic comeback, and you can get ahead of the trend. At the very least, your child or someone else named Danielle will own a classic name with a lot of history attached. It is a name people love with a lot of positive associations to it.

If you’re thinking of the name Danielle, it’s hard to go wrong! It will be easy for people to say anywhere you go, and you’re joining some good company with all of the other Danielles in the world.